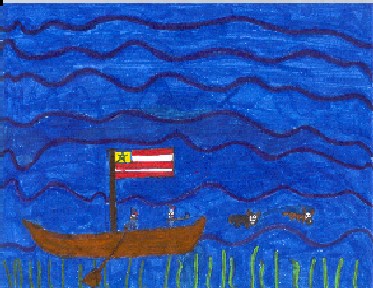 I thought that this book was great because I like books that have expeditions in them and it is based on a true story. My favorite part of the book is chapter 2 because they went squirrel hunting. As I read this book I imagined that I was in the book. One of my favorite characters was the dog named Seaman because he is telling the story from his point of view.