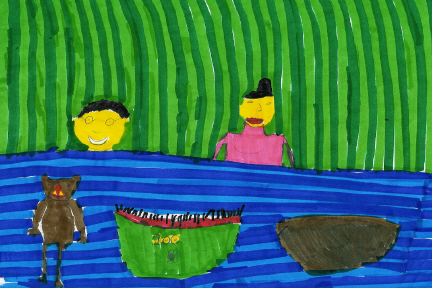 This story is about a guinea pig named Fluffy. It was the 100th day of school and Fluffy caused a problem. The class had 100 cherries and Fluffy ate one and then they had ninety-nine cherries.

Halen M.
is a student in
Ms. Finch's Class