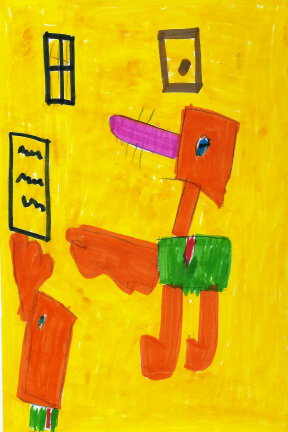 I liked the book because it has colored words in it. They stood out. The book was also funny.

My favorite part was when Geronimo turned his cousin into another rodent. I thought it was hilarious

The character that I like best was Geronimo Stilton. I like him because he owned a news paper. He has a lot of skill. The other character I like was Benjamin Stilton. He was Geronimo's nephew. He was a nine year old mouse. He was not afraid of anything and he read lots of books.

I recommend this book to third through sixth graders. They will think it is funny.

William B.
is a student in
Mrs. Anderson's and Mrs. Giammusso's 2nd /3rd Grade Class