The Littles and the Secret Letter

The Littles and the Secret Letter 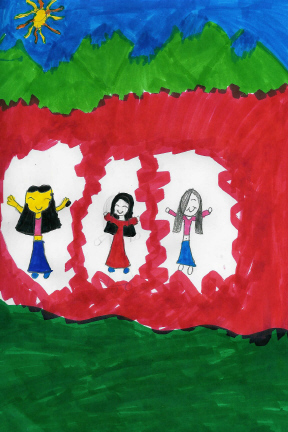 This story is about the Littles and how they lived inside the Biggs' house. The Littles are small about the size of mice. The Biggs do not know that the Littles live in their house. Lucy Little sent a letter and a card to Henry Biggs on his birthday. Tom, Lucy's brother, had to get the letter back before Henry saw it during his birthday party.

My favorite part was when Lucy looked down at the birthday party. She was watching the party wishing she could go to it. I liked it because she wanted to be best friends with Henry.

The characters I liked best were Lucy and Henry. I liked Lucy because she is nice. She is nice because she sent Henry a birthday card. I liked Henry because he had a birthday party with his friends. The party looked like fun and he had to open his presents.

Christine J.
is a student in
Mrs. Anderson's Class