Junie B. Jones and a Little Monkey

Junie B. Jones and a Little Monkey 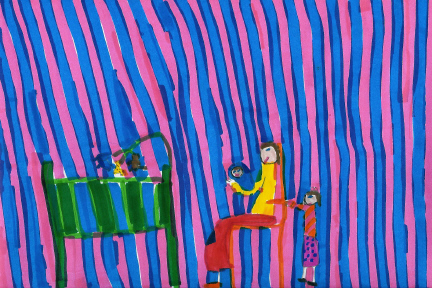 In this book the main character's name is Junie B. Jones and her mother is pregnant. The B. in Junie B.'s name stands for Beatrice. Junie B. doesn't like Beatrice, she only likes B. and that's all.

One night Junie B.'s grandpa Frank was babysitting while her parents were at the hospital. Junie B. was dressing up a lot.

I think this book is a funny book. This is a funny book because Junie B. calls her baby brother Ollie a monkey. The funniest part is when Junie B. goes to school and tells everybody in her class that she has a monkey brother.

My favorite part is when at first she thinks her brother is a monkey but he really isn't. Junie B. Jones misunderstood her grandma. Her grandma said that her brother was a little monkey with long fingers and toes.

This book reminds me of when my sister was a baby. I used to always stand on the side of her crib like Junie B. does.

I like babies and funny stuff, so this book is one of my favorite books.

I recommend this book to people who like funny books, monkeys, and babies. People in second grade to fourth grade would like this book.

Kyley L.
is a student in
Mrs. Anderson's Class