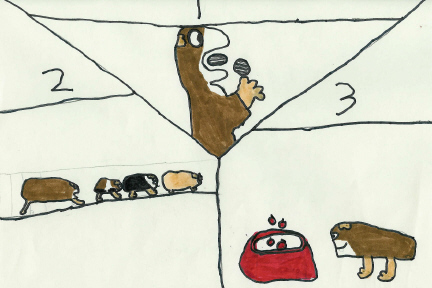 My favorite part was when he won the race because he was in last place and he won.

The book is like Fluffy's School Bus Adventure because they have the same characters.

I liked it because there were games for the guinea pigs.

I recommend this book to other people because it is about a guinea pig. I think kids ages 6-8 would like it.

Ethan B.
is a student in
Ms. Finch's Class