The Case of the Exploding Toilet and Other Mysteries

The Case of the Exploding Toilet and Other Mysteries 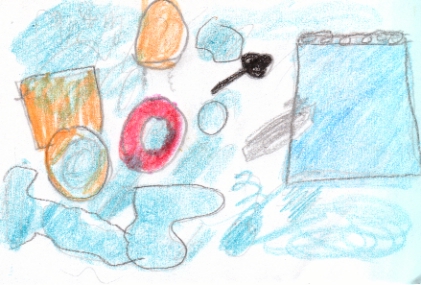 The Case of the Exploding Plumbing is one of the mysteries solved by Encyclopedia Brown. This book has lots of mysteries that Encyclopedia Brown solves. My favorite is the one about the exploding plumbing. The toilet that exploded belonged to Winslow Brant, who hunted through garbage to find antiques. It was the morning of an antique sale when Winslow flushed his toilet and it exploded. Winslow calls his friend, Encyclopedia Brown, to solve the mystery. Encyclopedia does solve this mystery by studying the clues left behind. To find out who was behind the exploding toilet read the book.

I like this book because it makes me wonder what is going to happen next. I especially like this story because my Dad does plumbing. It was funny to read about an exploding toilet and tell Dad about it.

Encyclopedia Brown looks at the clues and solve the mystery. I wish I could do. He looks at clues that I overlooked when I read the story.