Horrible Harry and the Purple People

Horrible Harry and the Purple People 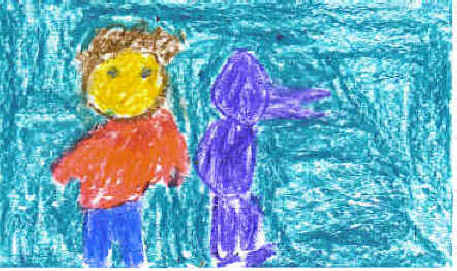 My story is about horrible Harry and the purple people. It was the last week of second grade. It all started when Harry brought his ruler with purple people on it. He showed the whole class and told them the purple people were real. Nobody believed him. Harry tells the class that these purple people can do all sorts of things including finding things that are lost. Read the book to find out more!

My favorite character is Harry because he has a gigantic imagination. My favorite part of the story is during a tea party. The book is very interesting because the author puts lots of humor in the story. This story reminds me of my little brother with his imaginary friend. The book made me think about what it would be like to create your own world like Harold did. The illustrations and the book were very funny.

I would recommend this book because there are hilarious themes. This book would be very interesting to people who like imaginary friends.