The River and the Trace

The River and the Trace 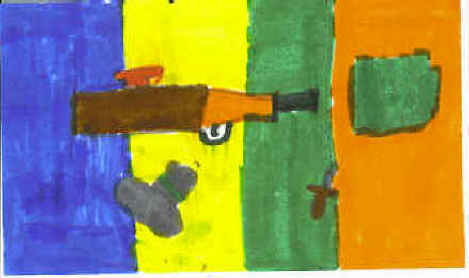 This book is about people who survive in a crazy world. Bill, Curt, and Nate are the main characters who travel up the Mississippi River in a kaintuck. A kaintuck is kind of like a boat. Nate has a partner named Jeb. They traveled miles and miles of water. Finally, they reached their destination of Natchez. They were taking cotton, but I don't know why. They made it and Nate gives them a reward of money. Jeb, Bill, Curt, and Nate go into town to have some kind of party by themselves. They come together and find Jeb again. This time he has a friend named Mason with him. Next, Bill and Curt jumped out of these bushes with guns. That day Bill, Nate, and Curt become heroes.

The reason I like this book is because it has some people that are like me. I think people would like this book because it's kind of adventurous. I liked the story because it's got people like me in it. It's just so funny and has that certain feeling like when you are at home.

I recommend this book for people that are the adventurous type. People who enjoy humorous books will also love this book.