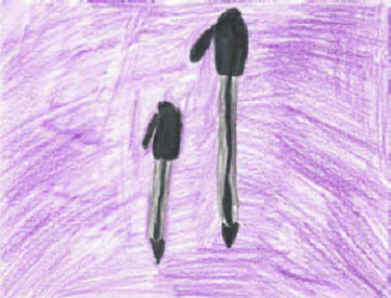 This book is about a boy that has a pen and he calls it ?Frindle? because at his old school he used to name other stuff. His teacher does not like Frindle. The teacher tells the principal and he is told not to say it again or he will have to stay after school. After some years ago they keep saying ?Frindle? and they bet they will forget the word ?pen? and everyone will start sayng ?Frindle.? Even the teachers will start using the new word. The big idea is Nick gets in trouble and the other kids and their family does too.

Nick is very funny. I thought his teacher was too strict. Nick reminds me of my cousin because she is very funny. This book made me laugh and I even named my pen ?Frindle.?