The Cat in the Hat Comes Back

The Cat in the Hat Comes Back 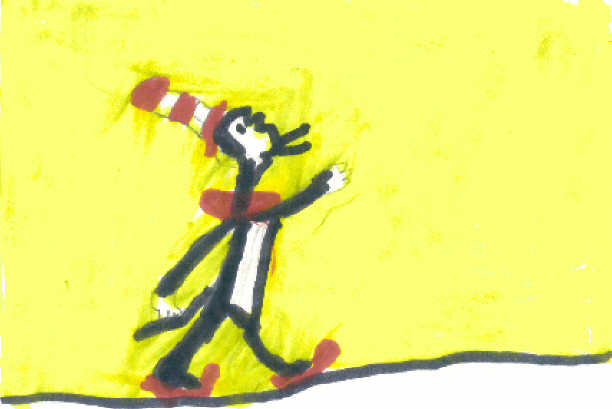 The illustrations in this book are full of action. The illustrator uses the colors of red, blue and black on a white background to draw the pictures.

My favorite illustration in the book is on the pages with the word "VROOM" across them. The reason I liked this picture best is because it looks like an explosion. It shows a lot of action. It reminds me of the old road near my house when they used dynamite to explode it and then built a new road.

I would recommend this book to first or second graders. They could read it without any help. I think first and second graders would like this book because it shows you that when something goes wrong, sometmes you can make it better.