The War with Grandpa

The War with Grandpa 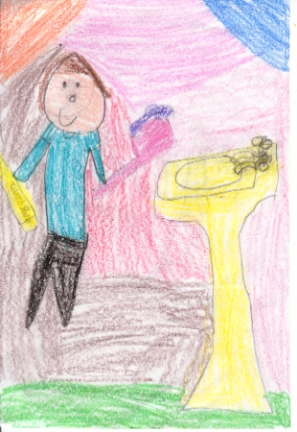 Peter writes a Declaration of War to Grandpa. Grandpa makes Peter late for school. Peter sets Grandpa's alarm on his clock to go off in the middle of the night. Grandpa writes to Peter and puts the note in the box of a game that Peter and his friends want to play. Peter wants his room back and Grandpa has to stay in his room. Peter has learned a important lesson from the war. He learned that war can be mean.

It was interesting because Peter tried to get his room back from his grandpa. I enjoyed the book because it was funny. In the middle of the book, Grandpa took Peter's clothes and hid them out of his room. Peter was mad at Grandpa because he made him late for school. A special friendship grew between Grandpa and Peter.

Megan B
is a student in
Sr. Janet's 4th Grade Class