Why the Coqui Sings

Why the Coqui Sings

Illustrated by Denise and Fernando 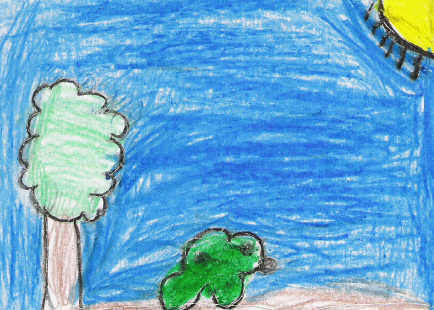 A coqui is a frog that lives in Puerto Rico. The big coqui tells a story to the little coquis. A long time ago, the parrot king was mad because all of the animals were asleep. The king told the animals that there would be a race the next day. Whoever won would get a prize. The mouse thought he was strong. The coquis exercised all night. They raced. The coquis won the race. The coquis won the prize. What was the prize? Read the story to find out.

You should read this book. People who love animals will love this book. Valencia would like this book because she loves animals. There are many animals in the story, such as; turtles, frogs, snakes, a parrot and a mouse.

Loc C.
is a student in
Ms. Kim's Kindergarten through 2nd Grade Class