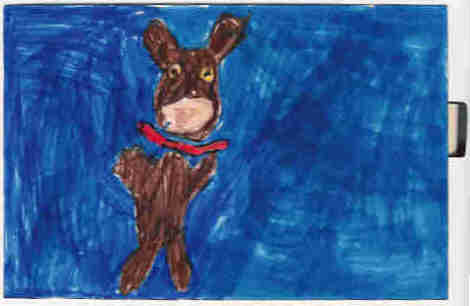 This book was about a boy who lost his teddy. He went into the woods to look for him. On the way he found another bear like his, but it was much bigger. His was much smaller. Eddie was surprised to find such a big bear. He thought it was his, but it was somebody else?s. Read this book to find out if he ever finds his teddy.

I recommend this book to everyone who loves Jez Alborough, bears, and teddy bears. I think all ages would like this book because it is funny.