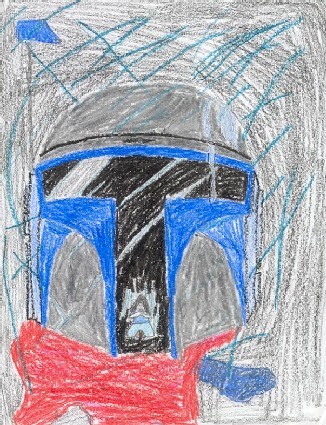 This series is about a young boy's life as the son of a bounty hunter. He isn't exactly a son, but an un-modified clone, exactly like his father. In part one, Boba Fett loses his father, Jango Fett, and his father is never coming back, for he is sleeping for a very, very, long time. While learning how to be a bounty hunter, Boba Fett is also being taught the way of the darkside by Darth Tyranus. He must learn how to live on his own at the very young age of ten.

I liked the book because I like adventure stories. One of the characters I like the most was Boba Fett. I liked how the author showed him changing from a boy to a man. This book is similar to the other books in the series because of the time period of the story and some of the same characters are also in this book.

I recommend this book because it is a sci-fi book and very entertaining to read. Fourth through sixth graders would probably enjoy this book the most. One thing that might interest other readers is the way the author included so many adventures for Boba Fett to encounter on his voyage to manhood.

Evin B.
is a student in
West Foundation Book Club's Class