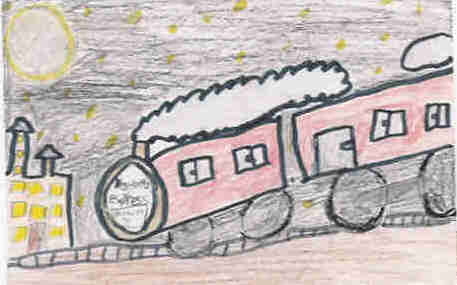 Harry Potter is a usual boy with an unusual life. He was born with magical parents. He was living with his only relatives that are Muggles. He has a lightening bolt scar representing his parent's death. Every year he goes to Hogwarts School of Witchcraft and Wizardry. One day he meets up with a dangerous fugitive from Azkaban, Sirius Black. Harry soon finds out that he's not the only magical relative in his family.

I really liked this book because it had adventure, suspense, and wicked awesome words. My favorite part is when Harry gets to ride the hippogriff, because it had such good detail of the experience Harry had. I liked Hagrid because he liked dangerous animals like dragons. I can also relate to him because I like dragons, too.

I recommend this book to people who like magic, suspense and adventure because Hogwarts and Harry Potter turn into a pretty scary place. It's full of fun, adventure and suspense. Get ready to get lost in a world of magic!

Marisol V.
is a student in
Ms. Breckenridge's 3rd and 4th Grade Classes