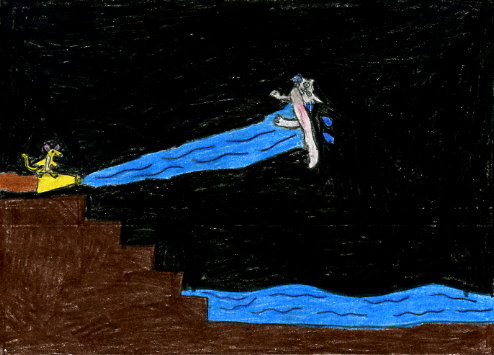 "Face it, dude, city life isn't for you." This quote is said by a mouse named Ragweed in a book named after him. Ragweed, a country mouse, leaves home to explore the world. He first explores the city. He meets another mouse named Clutch. Ragweed soon encounters an enemy. He helps clean up the town of evil cats. Clutch learns that if a mouse doesn't try something he believes can't be done, he will never succeed in anything.

The characters that I found interesting were Clutch and Ragweed. Clutch, because she likes to use slang a lot. Ragweed, because he is so excited to explore and to even learn slang. A character that changes is Ragweed. Later in the book, he acts like a city mouse. I really enjoyed this book. I just wanted to keep reading, and I couldn't put it down.

If you prefer books that are fiction and packed full of adventure, this is the book for you. It will compel you to keep reading till the very end, the very end of the series. The other books that make up the whole series are: Number Two, Poppy; Number Three, Poppy and Rye; Number Four, Ereth's Birthday. I really think you should read this amazing book. So, like, see you later dude!