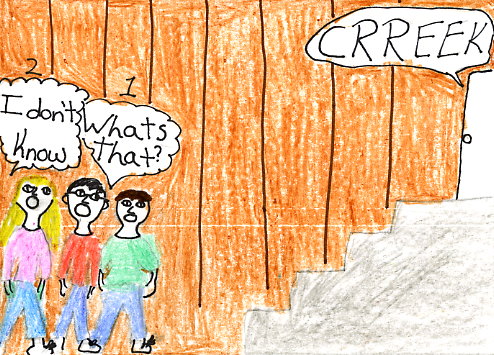 What book will spark your imagination with excitement? What book is about a boy named Harry, who saves Hogwarts School of Witchcraft of Wizardry? It is Harry Potter and the Prisoner of Azkaban.

Harry Potter is a normal kid living with his aunt and uncle. His aunt and uncle are very mean to Harry. He tries to get out of his house to go to Hogwarts. Hogwarts is his school. He sleeps there every night. At Hogwarts students learn academics and do sports like quidditch. In quidditch, you try to get the quaffle in the goal. If you catch the snitch, you win the game and you get 150 points. So let's get the game on! Harry's third year of school is very frightening. A long time ago a crime was committed. Sirius Black killed 13 people and now he has escaped from Azkaban. Black is very mean he and he's trying to kill Harry. The Dementors are guarding Hogwarts to keep Black away from Harry. If a Dementor kisses you, they will suck your soul out and you will die. There are a lot of twisted parts in the book, especially the end. You are about to go through a lot of frightening moments, so beware of the book you're about to read.

I loved this book because it captured my mind. I found Harry and Ron gripping characters. Harry is brave, ready for action, and a leaner. Ron is funny, loyal and tries to be brave. There are three characters that change. Lupin changes into a werewolf, Black changes into a dog, and Peter Petigrue changes into a rat.

I recommend this book to readers of all ages. If you want excitement and adventure, read Harry Potter and the Prisoner of Azkaban.

Travis B.
is a student in
Mrs. Golden's 4th Grade Class