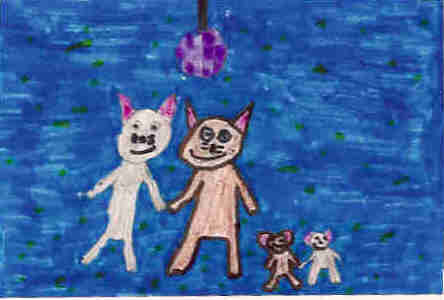 "I wonder where Jerry is?" This book is about a cat who doesn't want a mouse to ruin his party because cats and mice don't like each other. When Jerry's friends come, Tom gets mad at Jerry. When Tom's friends come, Jerry gets mad at Tom. But if you want to know what else happens, read the book.

I recommend this book to all people who like a lot of action because Tom chases Jerry and tries to do real mean stuff to Jerry. But Jerry always gets away.

Makaylah B.
is a student in
Ms. Breckenridge's 3rd and 4th Grade Classes