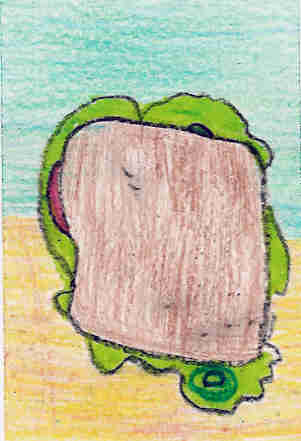 "Soy Salami. What a weird tasting food it must be." That was what Hank Zipzer's mother had been trying to create at her deli. Meanwhile it was report card day for Hank Zipzer and he got a "D" in everything. As for as the rest, take a look at the book!

I liked the book because it gave the lesson of paying back. No, not two wrongs make a right! Hank wrecked a lot of a man's expensive stuff so he paid him back by giving him a chess set. The man could have wrecked Hank's stuff instead. I also liked how Hank changed because of a test. I think he needed to relax more. This was like the other books in the series because he was allergic to lined paper. In the beginning I thought Hank wasn't going to be anything but he ended up not being so bad.

I recommend this book to anyone who may get bad grades because you can learn that you are still a good person. It's just you might have some learning challenges.

Garrett F.
is a student in
Ms. Breckenridge's 3rd and 4th Grade Classes