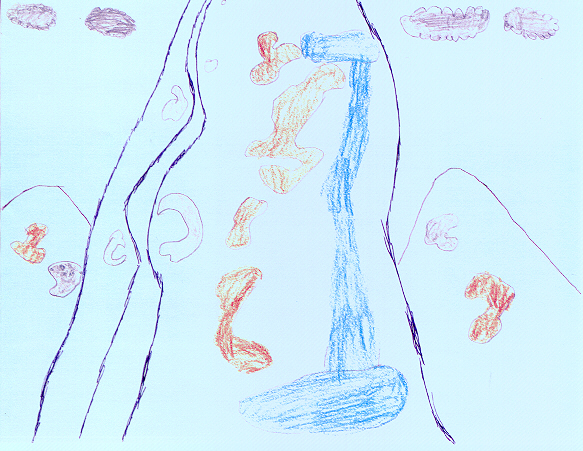 These three books are awesome. They take you to Mt. Everest with fourteen kids. The descriptions are so realistic they make you feel like you are there. So if you want to climb Mt. Everest in your imagination, read this trilogy pack.

In the beginning of Everest, Book One: The Contest, there was a competition. The objective of this contest was to buy beverages that had letters that spelled out Everest. Only the winners got to go to a special camp that trained them to climb Mt. Everest. This is where I met my favorite character, Tilt. I liked Tilt's attitude; he acted like a serious kind of guy. I liked him because he related to the serious part of me.

In Everest, Book Three: The Summit, the temperature was 17 below zero. It was made bone cracking by a wind that at sea level would have been considered a Category Two hurricane. "We can't climb in this weather!" exclaimed Perry Noonan, yelling so he could be heard over the howling wind. I could hear the wind screaming in my ears. I felt a chill go down my spine as the author described the wind blowing through the characters clothes.

These three books are really good. I would recommend them to people who would like to read three good action books.