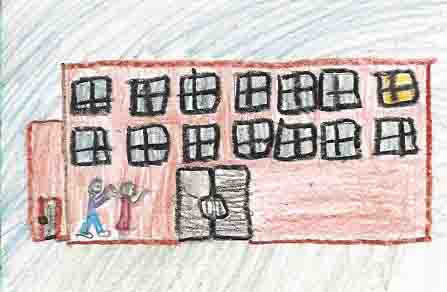 Casey Valentine wants to be better than her older sister. Casey became the school editor of the school paper. Walt is her good friend. Casey has to write to Walt?s pen pal. She told his pen pal that she was rich. Then, she wrote to her pen pal and said, "I am a real celebrity." She also told her that she saved her school from a fire. Read this book to find out if her pen pal believes her lies.

I enjoyed reading this book because it was strange, funny, and a mystery. It was strange because they buried dead fish for a science project. It was funny when Casey was swinging on a pole in Walt?s garage. The book was a mystery because when Casey went to look for the dead fish they were gone. My favorite part was when Casey snuck into her school because it was exciting. She left an envelope there that had a letter in it from her pen pal which she didn?t want anyone to see. I enjoyed the illustrations of the characters because they looked how the author described them. I also liked them because they were in black and white. Last, I liked the illustrations because they looked very real.