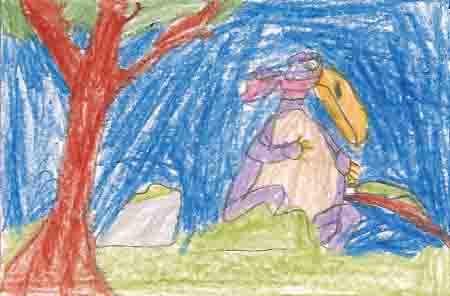 Creole is a dragon. She was born in an egg. She found out that she was ugly. She didn?t have any friends. A little alligator became her friend. Creole told the alligator to talk to the other creatures to help her make friends. Read this book to find out if Creole makes friends.

This book is like another book I read called Leo the Lop. They both have colorful illustrations and funny characters. I enjoyed the illustrations because the creatures were very detailed and they helped tell the story. My favorite part of the story was when Creole found some friends because it made me happy. Creole reminds me of myself because some kids make fun of me.

I recommend this book to people who have been called ugly and don't have many friends. It will make them feel better about themselves.