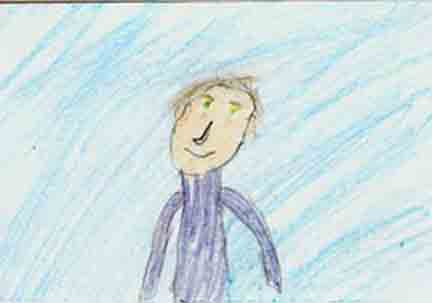 The main character in this book is Eddie. He is about 11 years old. Eddie doesn't have any brothers or sisters, but he does have a couple of very unusual relatives. One of the relatives is Mad Aunt Maude, who always carries with her a stuffed stoat named Malcolm/Sally. Another unusual relative is Mad Uncle Jack, who is not mad as in angry, but mad as in crazy. This story takes place in England during the time of Queen Victoria's reign, which is a very long time ago.

I liked this book because of another unusual character named Dr. Muffin. When Eddie's parents get sick, they go to Dr. Muffin. The doctor gives them very strange prescriptions. For example, Dr. Muffin said to suck on an ice cube shaped like a famous general. Another time Dr. Muffin told Eddie's mom to keep acorns in her mouth to keep it from swelling. The story gets more interesting when Eddie's parents thought it would be best to have Eddie stay with his aunt and uncle until they recovered from their unusual sickness. I laughed a lot at the very unusual things that happen while they travel throughout the countryside.

I recommend this book, because it is very funny, witty and addicting. I think people who like comedy would like this book, because it will make them want to keep on reading. The best thing about this book is that once you are done, you can read the next book in the Trilogy called Dreadful Acts. I enjoyed the book, and I'm sure I'll enjoy the other two as well.

AG
is a student in
Mrs. Merski's 4th Grade Class