A Pair of Red Sneakers

A Pair of Red Sneakers

Illustrated by B. B. Sams 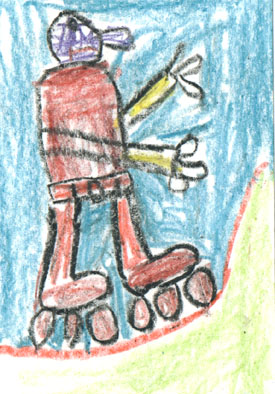 I recommend this book because my friend Isaias he like the book and its interesting to me. And I like the red shoe because the red shoe is faster and it has a fan and is a super shoe. I like the way the author wrote the book and drew the pictures. The book was funny and made me laugh. It?s a non fiction book. Miles went to the jungle and he passed over snake. The shoe helped him to pass quicker so the snake not gonna bite him and give him venom and poison. I would recommend this book to my friend Abbaka because he gave me a toy and he giving me a book to read Spider Man.