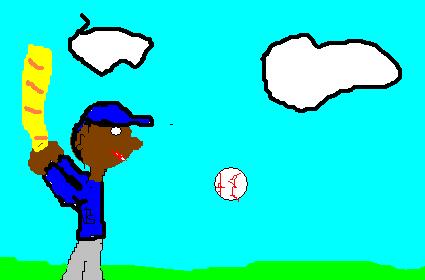 The book I reviewed was The Importance of Jackie Robinson by Arthur Diamond. This book is about Jackie?s rough life and how he became a famous baseball player for the Brooklyn Dodgers.

Jackie was born on January 31 1919 to Jerry and Mallie Robinson in Cairo, Georgia. As he grew up it was the time of slavery. Jackie and his parents, and other blacks didn?t have as many rights as white people. They didn?t get to0 sit in the front of the buses, or go to the same schools as white people. How did Jackie Robinson get from segregation to being on an all white baseball team? Read The Importance of Jackie Robinson to find out.

In the year 1945, on October 23 the press conference decided to put Jackie Robinson on the Brooklyn Dodgers. He played his first game on April 15 and he was voted rookie of the year. Two years after that the baseball committee decided that Jackie was the most valuable player for the National League All Stars. On October 4 1955 Jackie and the dodgers won the World Series over the Yankees. In 1957 Jackie officially announces that he is retiring from baseball in January. In July 1962 he was inducted to National Baseball Hall of Fame.

I definitely recommend this book for you to read. My favorite part is when he made it to the Major League. I liked this part because he went so far in lives liked this book a lot. I liked it because I love baseball. This reminds me of when my brother tried out for the baseball team. I think that this book is the best detailed and gives the most information on his life. That was The Importance of Jackie Robinson.