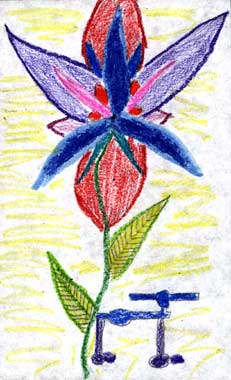 I just finished reading the story 'Julian?s Glorious Summer' by Ann Cameron and illustrated by Dora Leder. The problem of the story is that Gloria, Julian?s best friend, gets a new bike. Gloria shows off with her bike and Julian gets jealous because he doesn?t have a bike. Julian tells a fib saying that he has a lot of work to do so he can?t ride Gloria?s bike. Julian reacted foolishly

I think that the author Ann Cameron wrote the story because she wants kids to see how lies only lead you to other lies and get you in more trouble. For example, Julian tells one lie and that lie leads to lots of other lies.

Once I acted like Julian in the story. When I was in Orlando, Florida, I was learning how to swim. I said that I already knew how. So when I swam, I almost drowned. I learned that telling a lie can cause trouble. This is the same lesson that Julian learned.