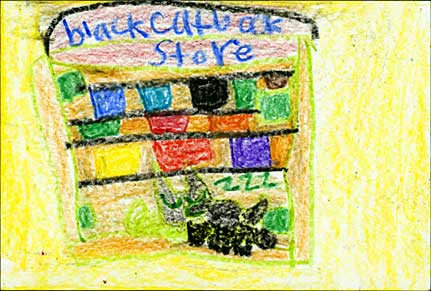 I like Cobweb when he slept in the bookshelf. He is my favorite character because he is smart, and he is a cat. My favorite part was when the burglar stole the spare key, and the mice dropped a book on the burglars head. Everyone came running to see what was happening to the burglar. I like the illustrations because they were funny and silly and crazy.