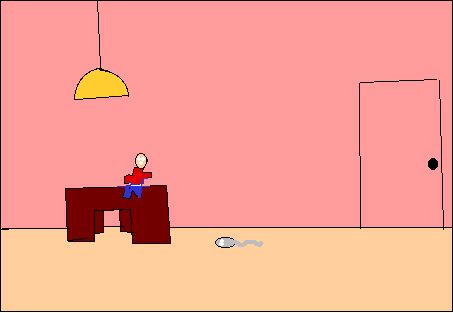 Once there was a boy named Crash. Crash was a very mean boy. He liked to pick on any one he wanted to. He met a boy named Penn. Penn wantedt to meet Crash, but Crash ended up being really mean to Penn. Penn is a new boy at Crash's school. Penn always wears big buttons on his shirt. Penn is a really nice guy who likes to make friends with everyone. Penn really wants to be Crash's friend, but Crash doesn't want to be Penn's friend.

People that like funny books will like this book. The book teaches you to not be mean and selfish. You should always give new people a chance because maybe you will like them as really good friend.

I think the book was very good because it has a lot of good charecters.

Yes I liked the book because it is funny and kind of sad. My favorite part of the book is when Crash sees a mouse and he gets on top of the table and starts to scream. I like this part because Crash is on the table screaming and Crash said that he wasn't scared of anything. Yes, there was someone very interesting in this story. Crash is mean, but then he starts being nice to everyone. This was interesting because he ends up changing and I didn't think he would change. It was a really good book because the characters were funny. People that like funny storys and sad. They will like the charecters alot because the chareacters are very funny and they will make you laugh. They are all so original.

Alyssa G.
is a student in
Ms. A's Class