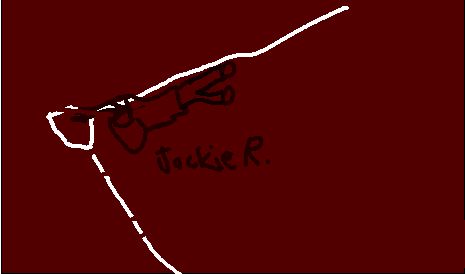 This book is about a famous black baseball player, that makes it to the white major leage. His name is Jackie Robinson. He was born in Georgia in the year 1919. He grew up in poverty. Jackie went to a poor school in Georgia. He was the best person in high school. One day when he had a baseball game, all the scouts were there looking at him. He chose one college (UCLA). He took track and other sports.

I think this book was cool and it was sad how the people treated the black people. My favorite part was when Jackie stole home and won the 1949 World Series. It reminded me of when I stole home and it was in the championship game and we won.

I recommended this book, it's about baseball and I like baseball. The kinds of reader that would like to read this book are baseball fans. The part that interested me the most is when Jackie Robinson stole home and won the World Series.