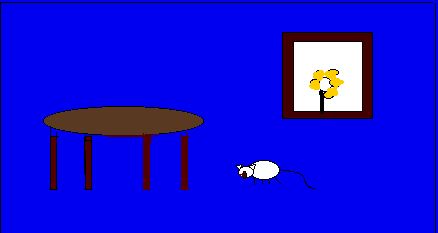 Crash Is about a boy named John but everyone calls him Crash.They call him Crash because when he got his first football helmet he ran into his cousin making her cry. He also has a little sister names Abby who ?LOVES? nature . Crash met someone named Pen he always picks on him and lies to his parents and Pen. Crash is always challenging him to races and other games.

When Crash was in the first grade he met Mike and they were just alike they are mean bullies and are both mean to Pen. When Crash gets to the 7th grade he thinks that he is a big shot just because he is going to try out for the Football team and thinks he is all popular and trys to get a girls attention named Jane Forbes and jane doesn't really like Crash because he picks on Pen and other people .

My favorite part of the book is when Crash and Mike are in the kitchen, and there is a mouse and it comes out under the fridge and Crash jumps on the table screaming EEK over and over again. Abby is chasing the mouse saying here mousie and Mike was laughing his head off. Anouther part I liked is when Abby didn't want the mall to be built and her mom has a job in the mall so Jane, Pen, and Abby and some other people have signs made up that say they don't want the mall to be built. The T.V. people come up to Abby and she told them that her mom gets used clothes because thats all she wants and her mom gets embaressed

I recommend this book because this book is really entertaning and very exciting.You never know what is going to happened next. Even though I hate to read I liked this book. If people like funny, and, exciting books they will surely like this book. The wriiting style is not really confusing but has a lot of big words that I don't really understand, but so far it is a good book to read. Crash is a fiction book some thing that is not true.

Ashleigh B.
is a student in
Ms. A's Class