The Lost Years of Merlin

The Lost Years of Merlin 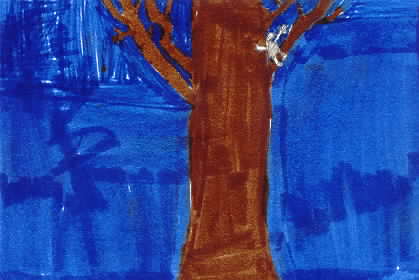 This book is about a boy named Emrys who does not remember his past. He found someone that claimed to be his mother but he never believed her. He had one difference from other children. He had powers. But he was afraid to use them ever since one of the city bullies attacked him and he made a tree fall on the fire that was supposed to burn his mother. The fire spread and burned the bully. Emrys tried to save him but the fire burned his eyes and he went blind. He said he would give up his powers so that he could see again. Then he found out that he had a second sight. After he practiced his second sight for a while, he went to search for his father.

I think that Emrys was interesting because he was so unsure one minute and so determined the next. He was unsure about giving away his pendant, and then he decided he had to do it so he could save his friend. I thought this was a great book because it had so much action, you never knew what to expect next. My favorite part was when Emrys found a bird that he named Trouble fighting some giant rats that were on his side of the river. This part was so descriptive that I could see it happening in my mind.

I recommend this book to people who like adventure. It is probably more for older children. I do not think that anyone younger than nine years old would like it as much as I did.