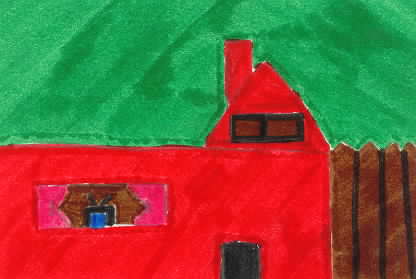 This book is about a man who has two children. Their names are Caleb and Anna. These people live in a farm house and they have no one who lives near or by them. Every morning Caleb and Anna would ask their Papa if their Ma sang. Everytime they asked that, he wouldn't answer. He felt bad because he lost his wife. Caleb and Anna's Papa thought he would solve his problem by getting a new wife. He started to write letters to a woman named Sarah. He doesn't know if she'll come or not.

I like this book because there's a little boy in it who keeps asking questions. My favorite part was when Caleb was non-stop talking to Sarah. I like Caleb because if I was just standing there beside him I think he would sound funny! I think the woman is just like my Uncle Troy. He's like Sarah because he is really tall. This story reminds me of when I was about five years old. I lost my mom and tried to find her. Instead of me finding my mom, my aunt came to get me. I gave my mom a huge bear hug after that.

I would recommend this book because I think some girls, women, and people like romantic books.