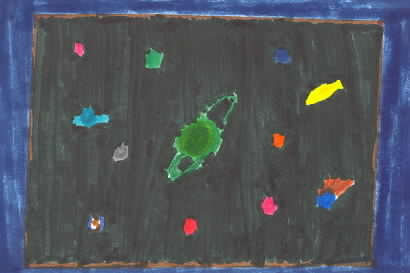 This book is about a boy named Barney and his neighbors Zena, Manny, and Joe. Barney moves into a house on the beach and then a few days later the neighbors move in. They seem very interested in Barney's house just as Barney is interested in their board game, Interstellar Pig. At first, Barney is very happy that his neighbors want to be with him so much. And when Zena, Manny, and Joe ask him to play their board game, he's very excited. After he plays for a while he starts to become suspicious. He notices that there is something weird about his neighbors. They're always playing their game. To find out what happens, read Interstellar Pig.

I like this book because it was very intresting and it was a mystery what happened next. I liked Barneys neighbors because one minute they were nice and the next they were mean. This book reminded me that some people just aren't who they say they are.

I recommend this book because it is interesting and it is sort of an adventure book. This book would be for people that like weird fiction books. People that like mysteries would also like this book.