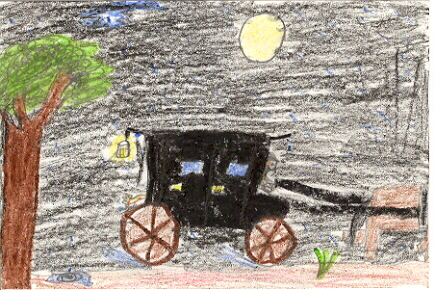 Fettes always wants to be a doctor in "The Body Snatcher". When he becomes a medical student at a university, he is made assistant of his anatomy class because of his hard work and dedication. But there is a problem. Doctors need bodies to study, corpses to be exact. Fettes has to pay two "body snatchers" for the deceased subjects, but after a while, Fettes learns that the bodies are really being murdered. Soon, Fettes is caught in a tangled web of mystery and death.

This chilling chapter book is a great murder mystery full of surprises and horrifying events like when Fettes learns that the bodies are being murdered. I liked it because it was very mysterious and suspenseful. This book is unique because it really has an interesting idea which stands out and is independent. Also, this book is a part of a series of Random House Chillers which include,"Dracula", "Fangs of Evil", and "The Witching Well".