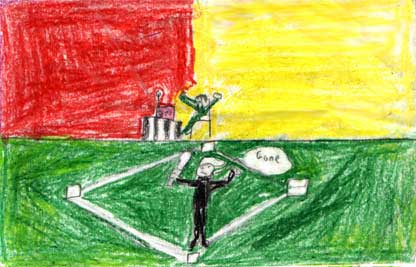 This book is about a young girl named Sixth Cousin who lives in Japan. One day her father called from Brooklyn to ask if her mother and her would go to Brooklyn to live there. Her mother said 'yes' so they set off.

When they got there Sixth Cousin changed her name to Shirley. She went to school. At first she didn't know English but she learned. She made many friends and had a great time playing baseball. One day she got the key to her school and her favorite player Jackie Robinson was there.