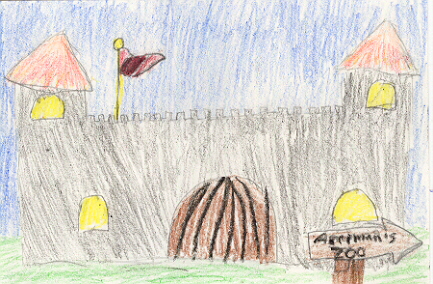 There are so many interesting and exciting books to read, but "Which Witch?" by Eva Ibbotson is one of the best. It tells a fictional story about six witches and one enchantress who are trying to compete to become the great wizard, Arriman's wife. To become Arriman's wife, they need to do the darkest trick possible. They could be given a score of one for the least impressive performance or a ten for the best. One witch is a white witch who really does want to marry him, but knows that she has never done anything past a gray spell. Also, she knows that she's up against some real black magic witches. One in particular is an enchantress who gets an amazingly high score. During the contest,the witches are masked so Arriman can't see what they look like and give them a bad score if they look ugly. Before the white witch has her turn in the contest, she meets a young boy by the name of Terence Mugg who, with his pet worm, helps change her luck, or so she thinks. When it's her turn, she always holds the worm in her hand. How does the white witch do in the contest, and is it really her or the worm doing the magic?

I think that this book made me feel excited, like I was there in the story. It was so detailed and descriptive that I felt like one of the witches! Once I started it, I couldn't put the book down because there was always something interesting happening. It's either a dad who doesn't want to leave the tree a witch put him in, or a sister who's trapped falling down a never ending hole. In all of the book though, my favorite part was when Arriman had to choose which witch to be his wife. He was nervous that the masked witch he chose would have big warts or pimples on her face. I also thought that the pictures were very good because they showed exactly what was in that part of the story. So if a witch were trying to raise a kraken, it'd show a witch by the sea with waves thrashing about, and a big hurricane like object made of water. What I like about Eva Ibbotson, is that in every story she writes there is always something or someone magical or unusual. It could be an enchanted island with mermaids and maybe even a magic worm.

Kara B.
is a student in
Ms. Gibbs' 4th Grade through 5th Grade Class