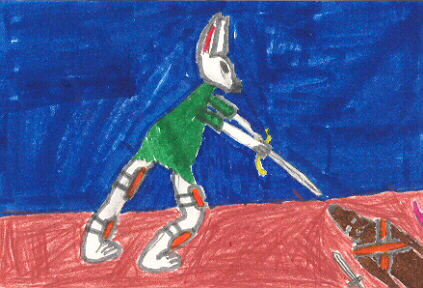 I liked this book a lot because of the action and the courage from Tammo. I think this book is unique because Brian Jacques makes everything so descriptive. I think that my favorite character was Tammo because he made the story much more interesting. If Tammo wasn't in the story it would have been pretty boring.

I would recommend this book because it is packed with action and suspense. I think people who like action, adventure, and a bit of fantasy would enjoy this book a lot.