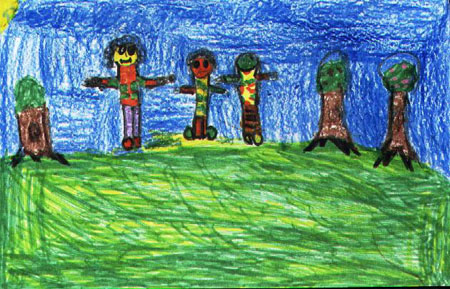 This story is about a boy named Harry Potter. When he was a baby his parents died and he had to go live in his aunt and uncle?s house. For a few years his aunt and uncle treated Harry like dirt, and his cousin Dudley kept trying to hurt him. Harry was getting letters to go to a place called Hogwarts, but his Uncle Vernon would not let Harry read the letters, or let him go to the school. Harry is finally allowed to go when a giant named Hagrid takes Harry away from his uncle. Many adventures then happen, including a bad guy named Lord Volldemort who tries to kill Harry. Harry faces off with his enemies and it is very exciting.

This book is magical. It is a great story because of all the magic and the fun that Harry has with his friends. I recommend this to everyone who likes magical stories and likes to feel as if things in the book are happening to them, because that is how you?ll feel when you read it.