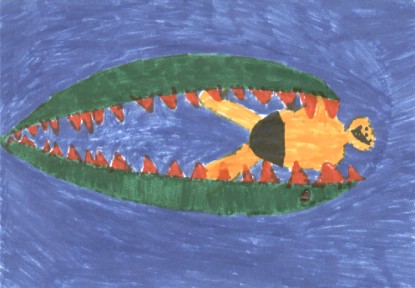 One day, three aliens who pretend to be cafeteria ladies take over the school and turn everyone into zombie nerds except George and Harold. Captain Underpants must save Jerome Horwitz Elementary School before it?s too late. Will he make it or will he not? Find out in the book.

I liked the book because there was a lot of laughs, action and romance (just kidding about the romance).

The reason I like George and Harold is because they were always pulling pranks on Mr. Krupp, the school principal.

Ariel W.
is a student in
Brianna's Readers & Writers