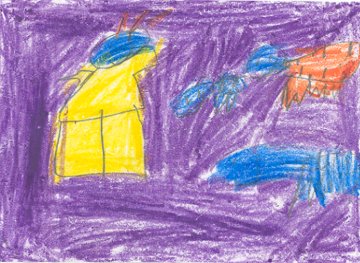 The bad guys stole the puppies. Then the puppies' parents were looking for them. They found them in a big cage. The mom and the dad got mad and started biting the bad guys. They ripped their clothes. The dogs escaped from the bad people by tricking them. You will have to read the book to see what trick they used.

My favorite part of the book was when the mom and dad dogs were mad at the bad guys and they ripped their clothes with their teeth! The dad Dalmation was my favorite because he had more spots.

I saw this movie and it was different than the book. The movie had some extra parts in it. I liked both of them.

This story reminds me of a dog I had when I lived in Mexico because it was the same kind.

EA
is a student in
Ms. Johnston's 1st Grade Class