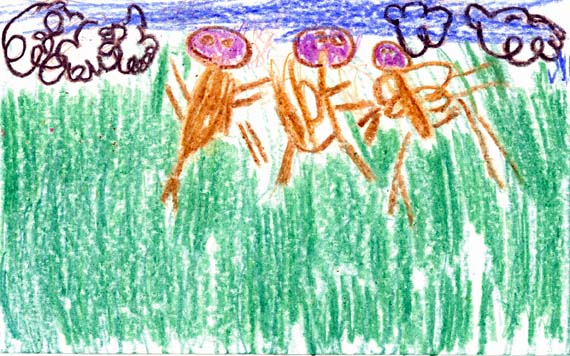 I like the Three Billy Goats because the third Billy Goat knocked the troll over. I also liked when the 3 Billy Goats were eating and getting fat.

I would tell people to read the story because I liked the story.

(This review was dictated to an adult.)

Elizabeth S.
is a student in
Miss Roberta's Kindergarten Class