It Zwibble, The Star-Touched Dinosaur

It Zwibble, The Star-Touched Dinosaur 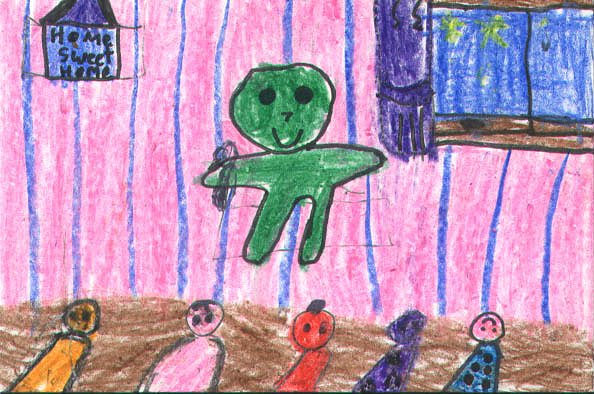 This story is about a magic dinosaur who told a story to the little babies. The dinosaurs name was Zwibble. He heard that all the dinosaurs were leaving their babies. So Zwibble was going to find their eggs. He found three friends. He asked if they could help him, and they said, "Yes, we could". There was a blind man. Zwibble gave him magic glasses. He put on the glasses. The blind man yelled because he found the eggs. Everybody was happy, and then they hatched the eggs. Each baby was named after a star.

I would recommend this book to the people who like babies. Read this book to find out about the magic of the dinosaur and their babies.

Kitzia G.
is a student in
Mrs. K.'s Kindergarten through 5th Grade Class