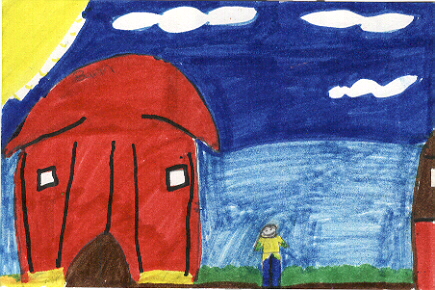 The book Tracker is about a 13 year old boy named John who always goes hunting with his grandfather. As his grandfather got older, he was dying. So John had to start going alone. At school his best friend is a kid named Emil Peterson. Emil didn't like to do chores. He thought chores were crazy. John tried to explain but none of it mattered to Emil. Anyway John lived with his grandma and grandfather. You must read the rest of Tracker to find out more. Try to find this book.

I will recommend this book to anybody that likes nature and hunting. I think you would like this book because its about hunting. I think the readers favorite part would be when John goes hunting. John starts feeling bad about killing deer.

This book reminds me of a book called Hatchet. It reminds me of how they were both in the woods and they don't know where they are. The book Hatchet has a boy named Brian who got lost in the woods after the plane he was riding in crashed. I liked it because it was about a 13 year old boy who goes hunting and I would like to go hunting.