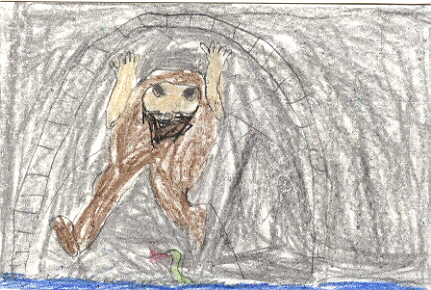 This book is about a prince that is not allowed to be spanked and has Jemmy as a whipping boy. Jemmy is an orphan. The prince decides to run away into the forest because he doesn't want to be king. He thinks being a king would be boring. He takes Jemmy with him. Read to find out what happens to the prince and Jemmy in their adventure.

My favorite part was when the whipping boy and the prince run into the tunnel and called the rats. The rats attack all the things they saw. The villains were there so they got attacked and bitten. The villains ran away yelling, "Help!" The character that I found interesting was the whipping boy because he helped the prince a lot. He was a great friend. What is special about this book is that it's not very common that someone else takes a spanking for you.

I recommend this book to people that sometimes think about running away from home. If you want to read this book you could find it at your local library.