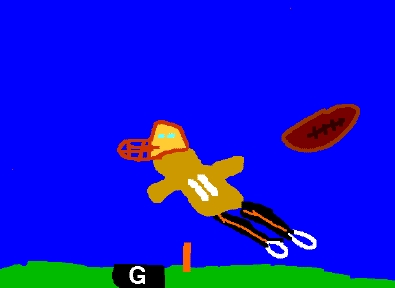 In my opinion, this book is exciting!!! It's exciting when something bad is going to happen something good happens instead. Tommy is cool. His friend David is cool, too and they both play football. It's fun to play football with your best friend. This story is full of football action!