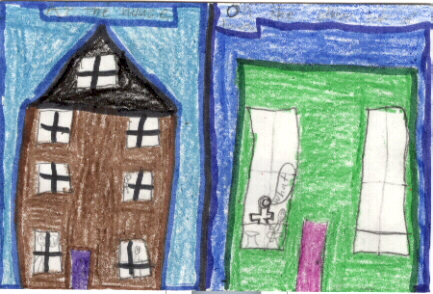 Have you ever had a little brother or sister that messed with your stuff? Well, Peter has a little brother named Fudge. Peter's family has to move to Princeton for a year. Peter meets Alex and they become best friends. Will they move to the big city?

I like Fudge because he is a troublemaker. He made Peter come to his class and get him out of Mrs. Hildebrandt's (Rat Faces) class and transfer into Ms. Ziff's class. My favorite part is when Fudge ran away just to get his mom brownies on the other side of town! Will he get home again?

This book is good for people with little brothers or sisters that annoy them. This book is also for people with a strong friendship. Kids of any age should read this book because it helps you learn how to be responsible. It also relates to people that move from one place to another.