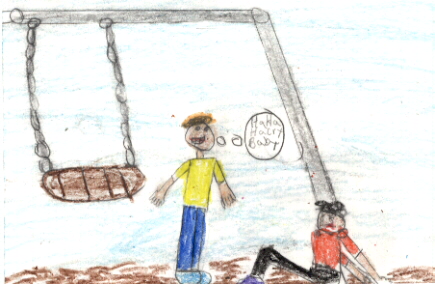 I think you should read the book called Fourth Grade Rats when you are in the fourth grade. There's a boy named Joey who is a bully to the first, second, and third graders. Suds is a boy who is in fourth grade. Suds was in the third grade last year and he was an angel. However, now he is a rat because he is in fourth grade. Suds meets Joey who is a rat. Joey is trying to get Suds to be a rat and Suds doesn't want to become a rat because he wants to be an angel. Suds changes his mind and says o.k. Joey tells Suds the first step is to say NO to his mom. Suds says no to his mom and he becomes a big fat Rat. I like this book very much because it was very interesting for me and it might be for you to.

So I suggest you don't go near them if you are in first, second, or third grade.

But never, never, ever,in your whole life try to be a bully to a first, second, or third, grader.

Have a nice time in fourth grade.