For the Love of Basketball

For the Love of Basketball 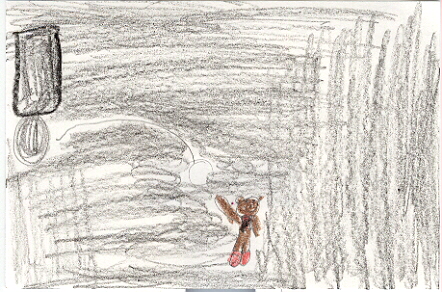 My book is about basketball players. One of the main characters is Michael Jeffery Jordan. The story is about the basketball players who played in the 50s, 60s, 70s, 80s,and 90s. The basketball players were very good players. Michael Jordan's number was 23. He was a guard. His team was the Chicago Bulls. He was signed to the majors in 1984 when he was 21.In 10th grade Michael was cut from his basketball team. Michael led the NBA in scoring 9 times and was named the Most Valuable Player [MVP] 5 times. Jordan retired for a while to play professional baseball. Michael led his team to 3 championships in a row. Many fans,coaches,and critics think Michael was the best player to ever play basketball.

I hope that you like basketball books. If you go somewhere you might find a book like For the Love of Basketball.If you really want to read this book, you'll find out what's going on in this book. I like the pictures in the book because they took a picture of the players. This book reminds me of Hoop Dreams. I was amazed by this book. It makes me wonder about other basketball players who wanted to make it to the NBA from college and did. The illustrator illustrated the people that used to play basketball way back in the 1900s.

I think if people like basketball you can read about basketball.