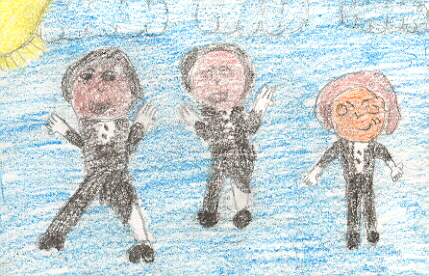 Have you ever been in an argument with your best friend? Well in this story there's a person named Liza and she is in middle school. She has a best friend named Briget. It is their first year in middle school. She was nervous beacuse Liza had a crush on a boy named William. Liza had to choose whether she wants to be Briget's friend. They called William the snotty nose kid beacuse his nose was always running. Will Liza go for William or her friend Briget?

This story reminds me of my sister who wanted to be like my older cousin. In school they always called her the popular one. She was a lot like Briget and William. Whenever we went to the park, everyone would look at her. My sister would get so mad.

I liked this story because it was funny and because of all the things the characters did in this funny book. You will see some parts that are very funny. It talks about friends and families and how people should get along together.

I recommend this book to people who are having trouble in their life with a friend or a peer who can't decide things with their friends.

Joshstian
is a student in
Ms. Keeton's 5th Grade Class